The Australian Stockman’s Hall of Fame celebrated its’ 25th Anniversary in 2013 and Palatine Productions were very proud to play a role in the festivities.

A major part of the Anniversary was the inaugural Outback Horse and Heritage Expo, held on the grounds of The Hall in July 2013.

Palatine Productions were Silver Sponsors of the OH&HE.

We produced a One Minute Web Based Promo Video to promote the event as well as a 30 Second TVC to air on regional networks.

As part of our sponsorship during the Expo, Palatine Productions hosted “The Moonlight Cinema Event“ featuring our documentary “The Great Australian Campdraft”.

You can read our Queensland Country Life News Article regarding the Event HERE. 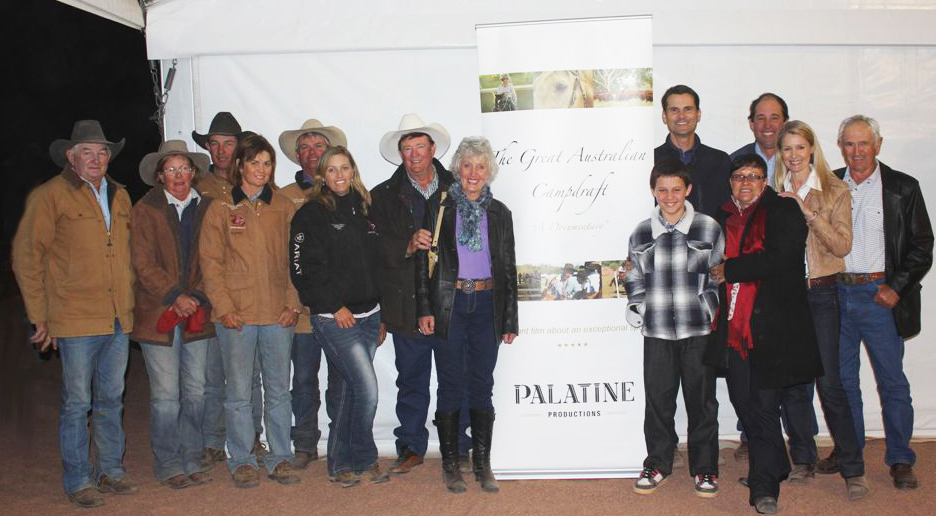 Cast and Crew at the screening of The Great Australian Campdraft at the “Moonlight Cinema”, OH&HE 2013

The audience filled the “Marquee on The Mound” to capacity. It was our films’ first public screening and it was great to see it on the Big Screen, especially in its’ spiritual home of the Outback.

Laughter and plenty of lively friendly banter went on throughout the screening of the film as the audience recognized mates, cheeky moments in the film and fond memories from all the 2010 drafts covered in the documentary.

Here is the first Video Blog Post for “The Promise”. 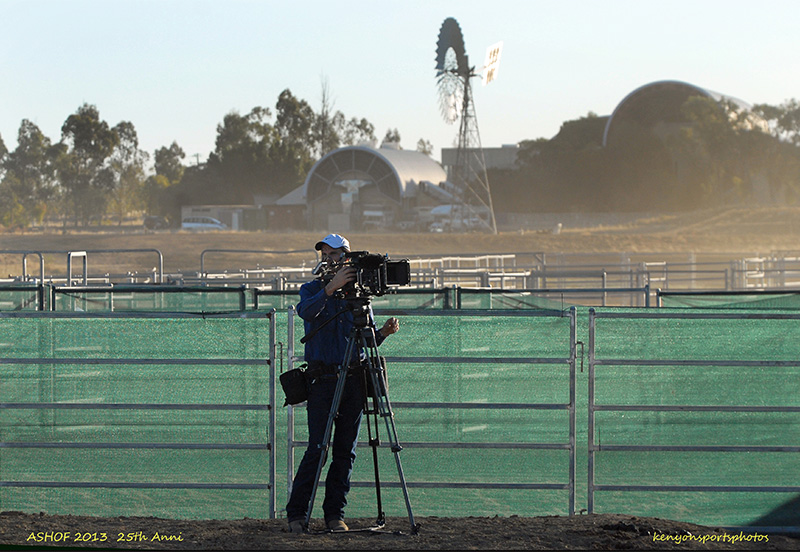 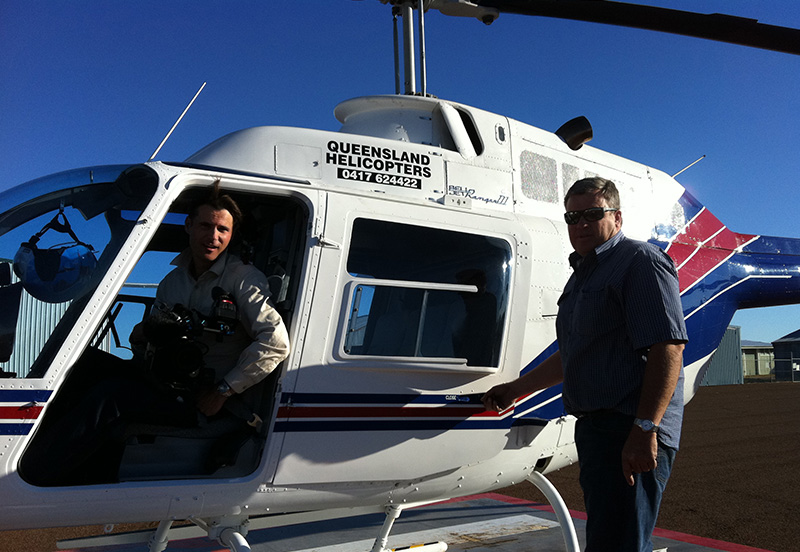 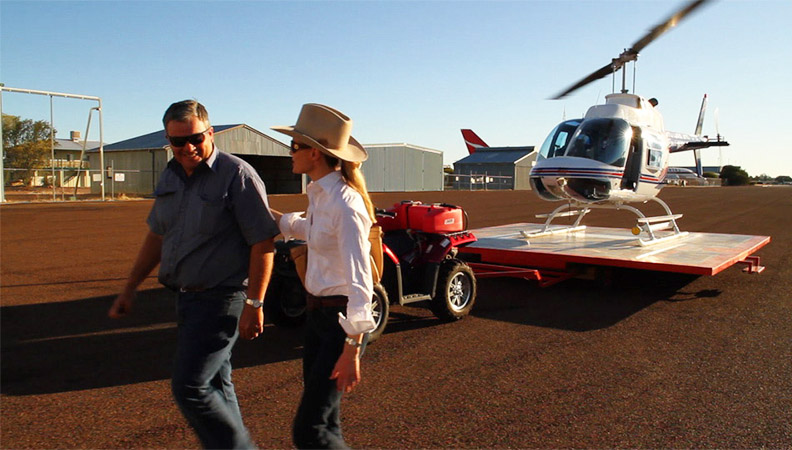 A special thanks to ASHOF, we shot some Aerials with Tim Rayner and Queensland Helicopters 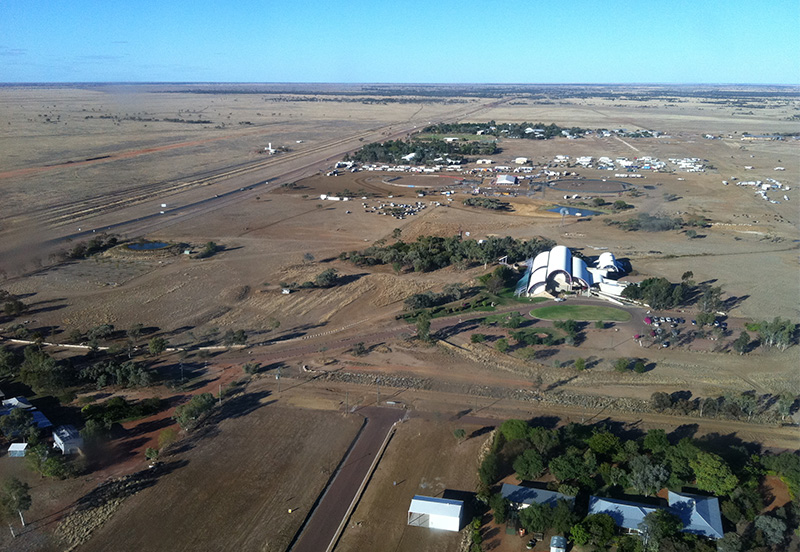 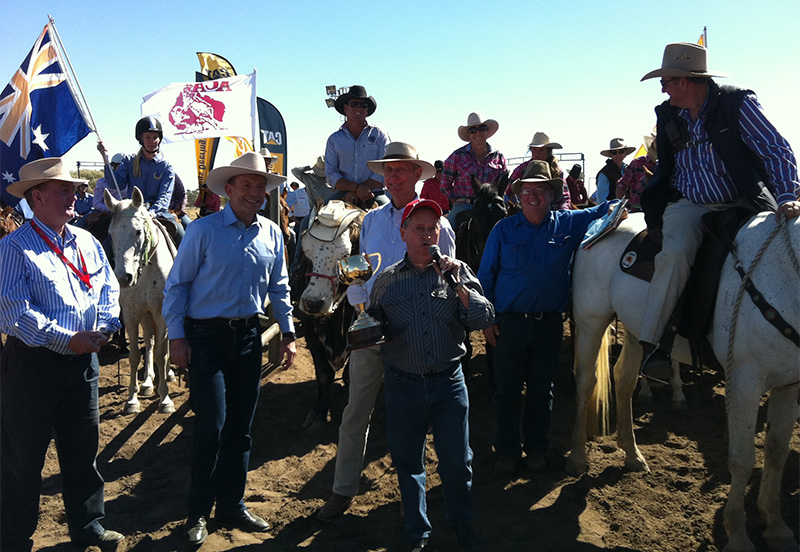 “The Grand Parade”. We met and interviewed the Future Prime Minister of Australia. 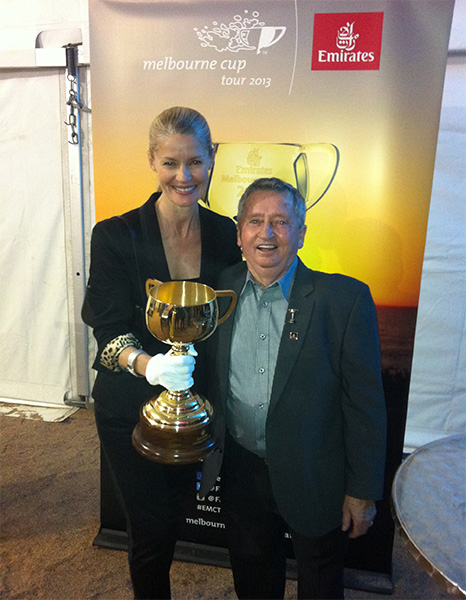 During the formal cocktail party in the Marquee, Sharen got to hold the 2013 Emirates Melbourne Cup and meet legendary former Australian Jockey John Letts.

We’d had a great time and want to commend the Australian Stockman’s Hall of Fame on holding a brilliant inaugural Expo that had great Campdrafting and an even better vibe. A testament to the ASHOF Board of Directors, organizers and  volunteers. 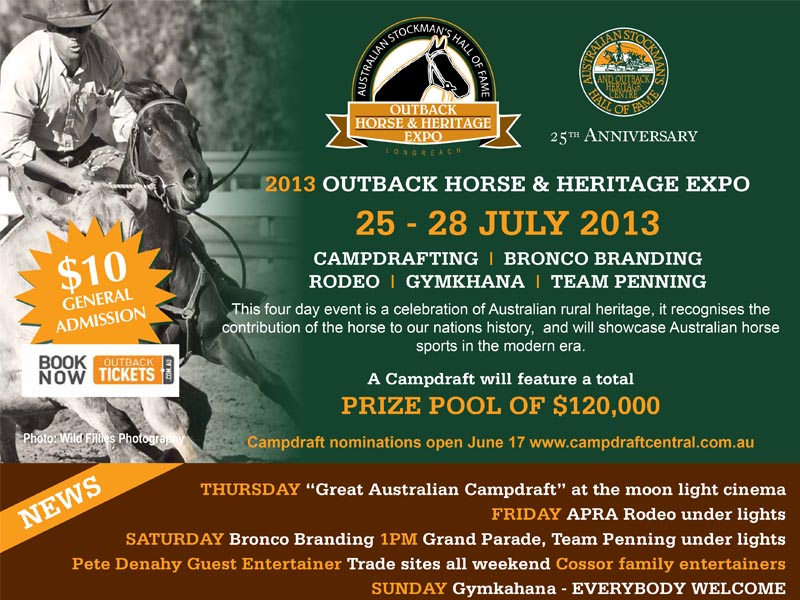 An incredible Outback event not to be missed. We’ll see you all out there!