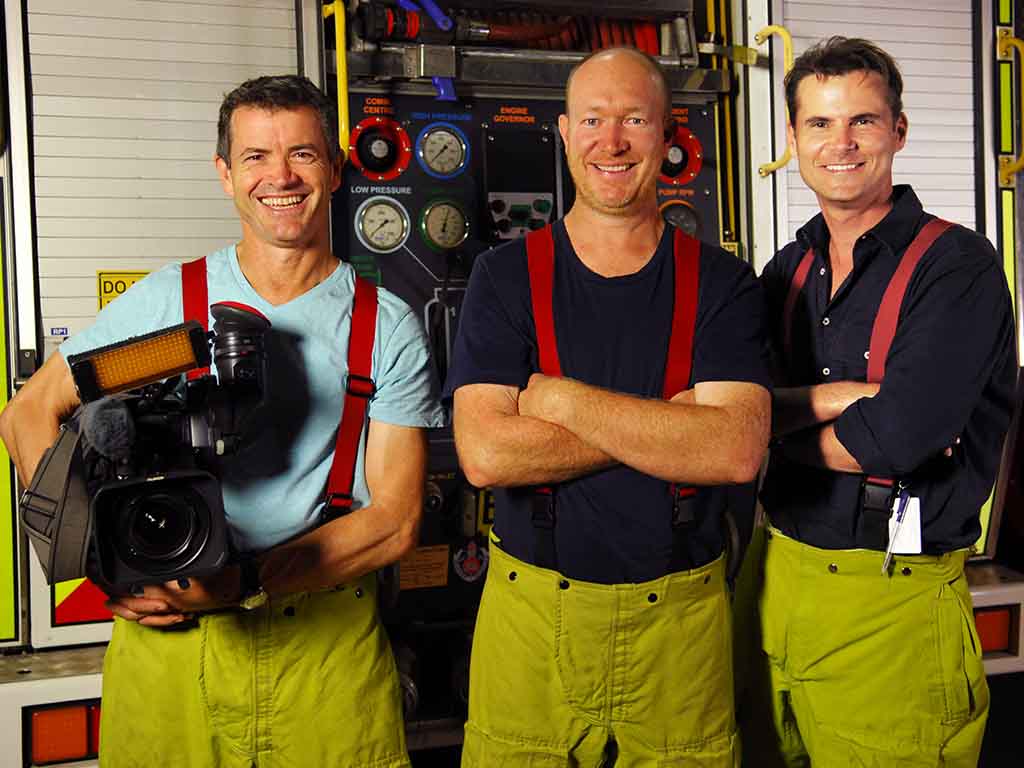 It was a boys own adventure: Speeding through the Sydney nights under lights and sirens with NSW Fire and Rescue!!!

2014 kicked off with Ian Withnall working as a Producer/Director/Camera on an observational documentary series about the NSW Fire and Rescue Crews.

As well as Producer/Director and second Camera for each Emergency Event, Ian also produced and directed the day to day station life and the high end production work used throughout the program.

Click Here to see the info on the Firies series.