It was a very, very busy 2019 for Palatine Productions with Ian Withnall working for WildBear Entertainment as Series Producer, Series Director, Shooting Producer and Writer on the new Ob Doc Series “Demolition Down Under”.

“Demolition Down Under” is a 6 x 1 hour episode series based around the extreme and spectacular demolition industry amd will broadcast on Network 10, Discovery International and across European networks.

Out in the field as Shooting Producer/Director, Ian spent much of his time exploring abandoned and derelict buildings or working alongside heavy machinery as the crews demolished everything from giant blocks of flats to submerged wrecks.

The series was produced through WildBear Entertainment with Executive Producer Veronica Fury.

Thanks to Veronica Fury and Wildbear Entertainment and the fantastic people at Chop Shop Post for their great efforts in editing the show. 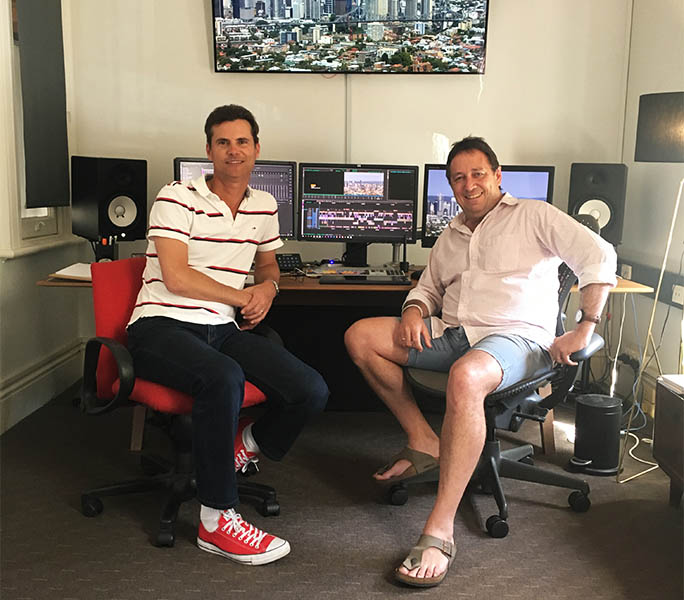 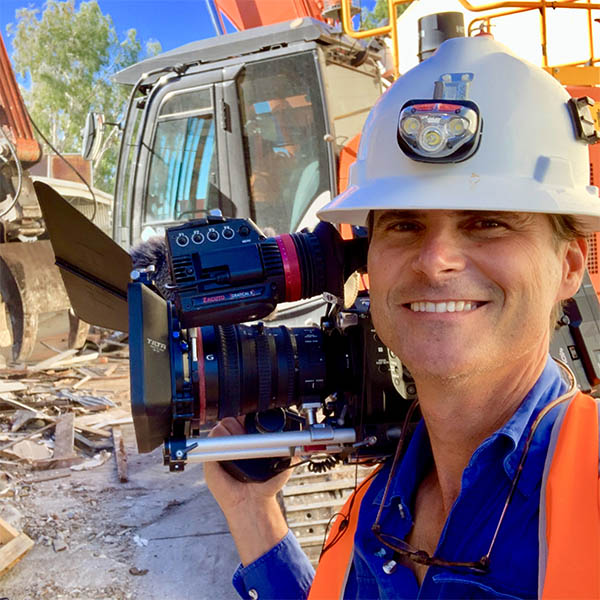 So much Fluro so little time….. Ian in the thick of it shooting alongside heavy machinery. 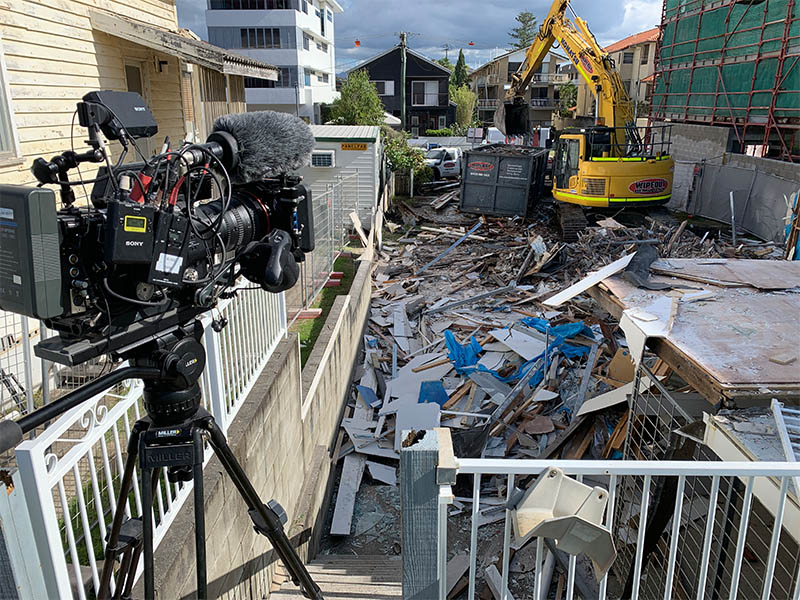 The trusty Sony FS7 on site in the aftermath of a Demo.

Shooting in all weather. Rain and sub zero mid winter in Canberra, ACT. 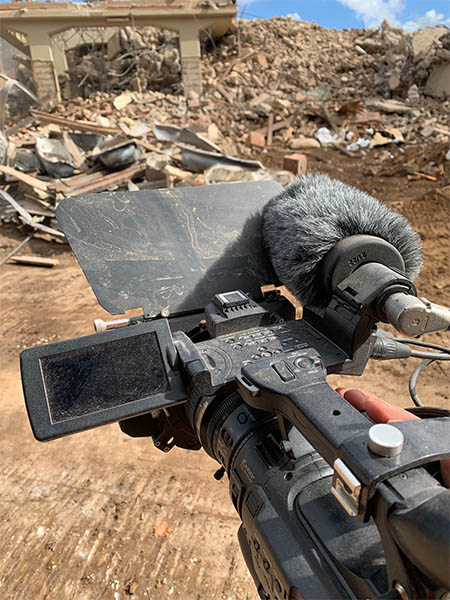 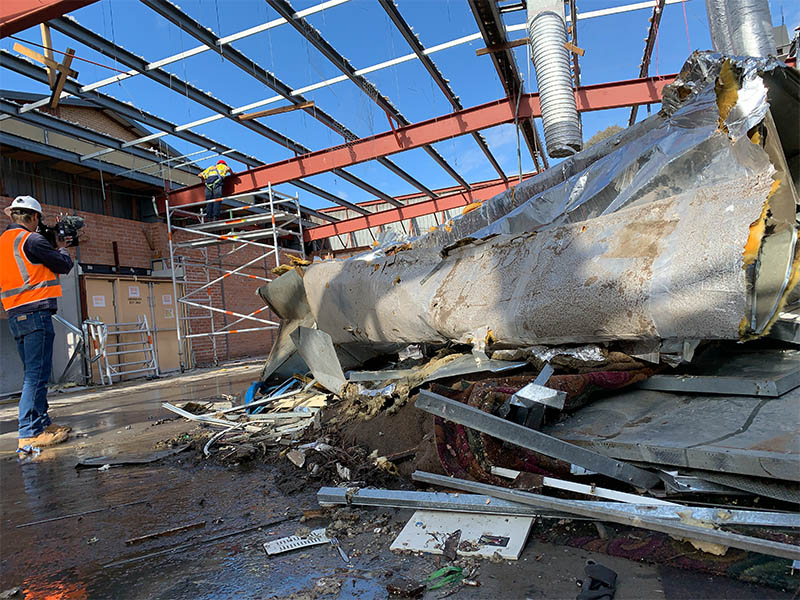 Death from above….. Ian shooting a Mega Roof being demolished by hand. 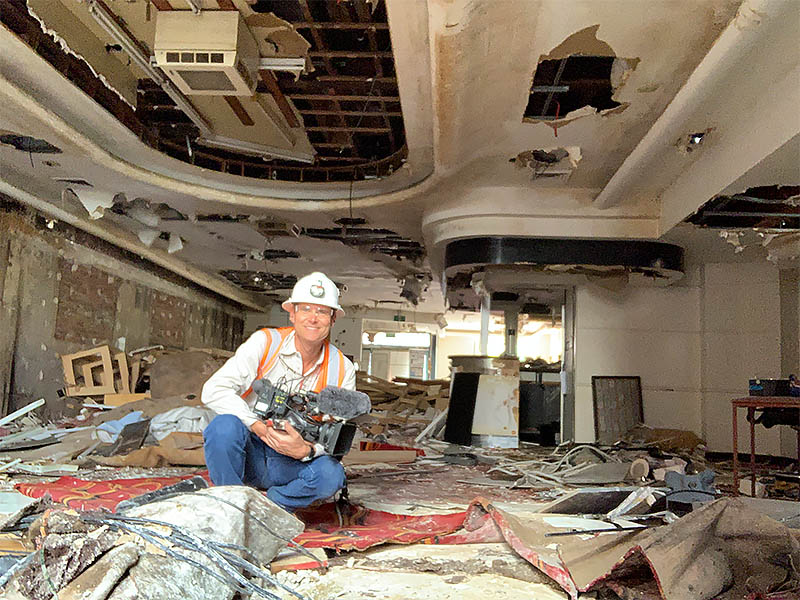 “Really love what you have done with the place!” …. The renovation of this derelict building will be done with a 36 tonne Excavator. 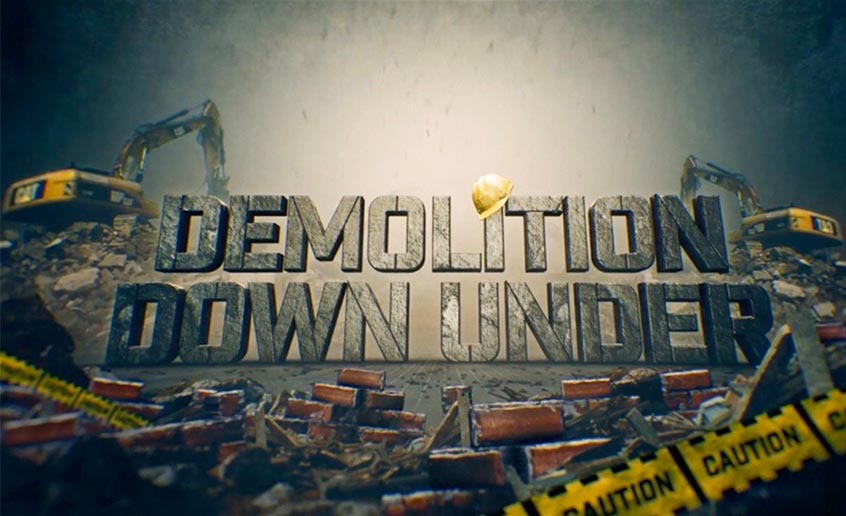