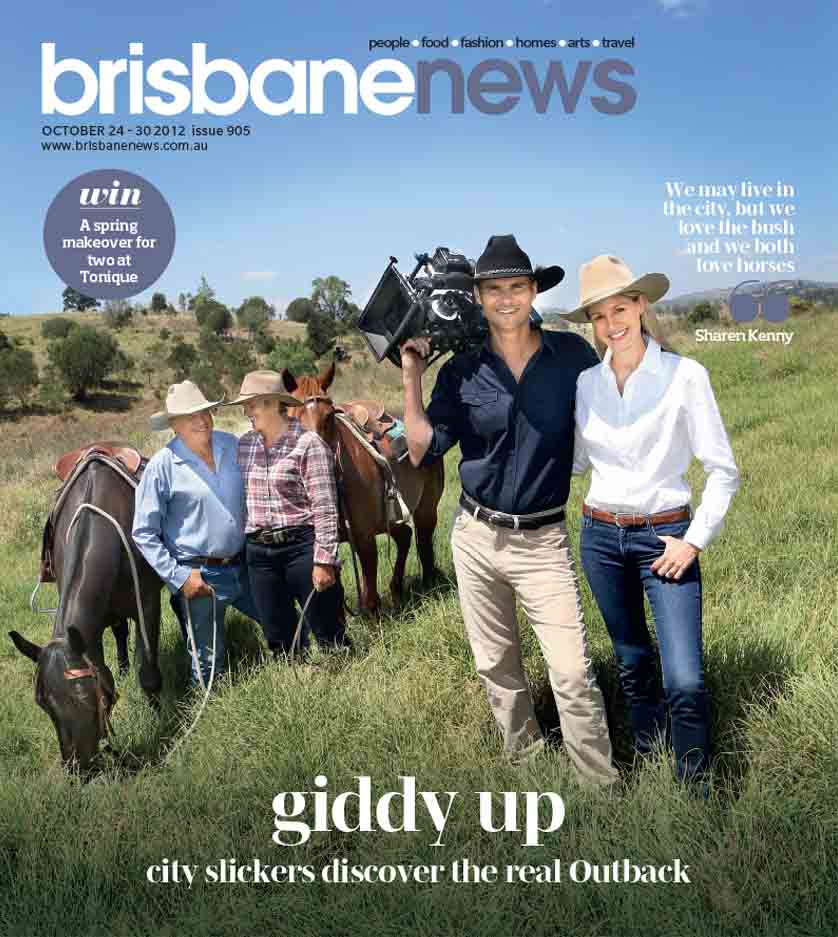 Well after spending two years pretty much working on our own, when it came time to launch the Documentary going to air on ABC1 as well as The Director’s Cut DVD, we made the cover of Brisbane News!

Reproduced here with permission, the paper has readership of 250,000 people and to say we were happy with the article would be an understatement.

Phil Brown spent a very pleasant hour or so at Palatine Productions HQ, and went from knowing nothing about us or the sport of Campdrafting, to writing a brilliant two page feature spread that captured the  whole lot in one article.

Photographer Richard Waugh met Sharen and I at Wayne and Linda Hingst’s place for the sensational cover shot. The Hingst’s “Expected Stockhorses” Stud and the Glamorganvale hills being a beautiful backdrop for the picture.

It was quite a historical moment for Brisbane News too since it was Editor Kylie Lang’s final issue.

We’d like to thank Phil Brown, Richard Waugh and Kylie Lang, along with the crew at Brisbane News for sharing our passion for the subject and for creating such a fantastic article. 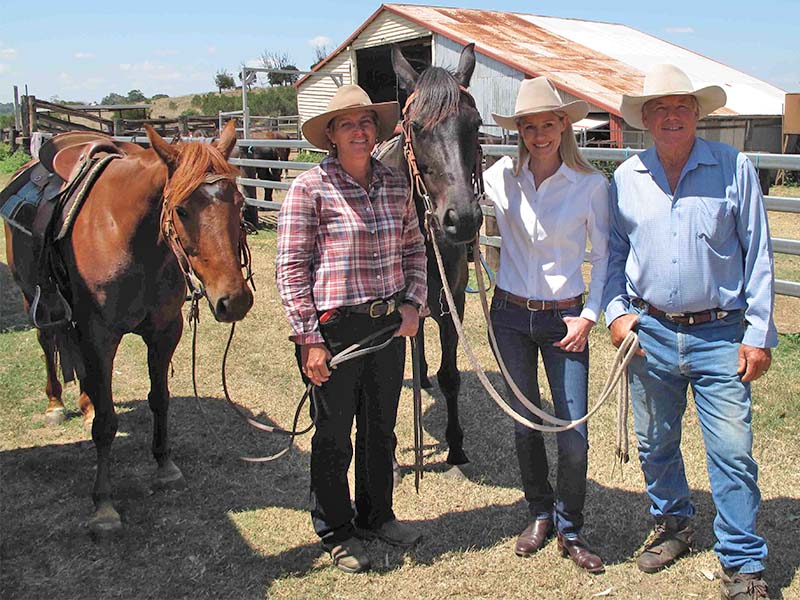 The article had several of our production stills included in the spread. Below is a great image of Wayne Hingst and and his favourite horse Silkstone Gunner competing at Fernvale Campdraft. This image was part of the research we did during preproduction for the film and was taken by Ian Withnall on a Nikon D2X with an 80-200 f2.8 Nikkor lens at 200mm. 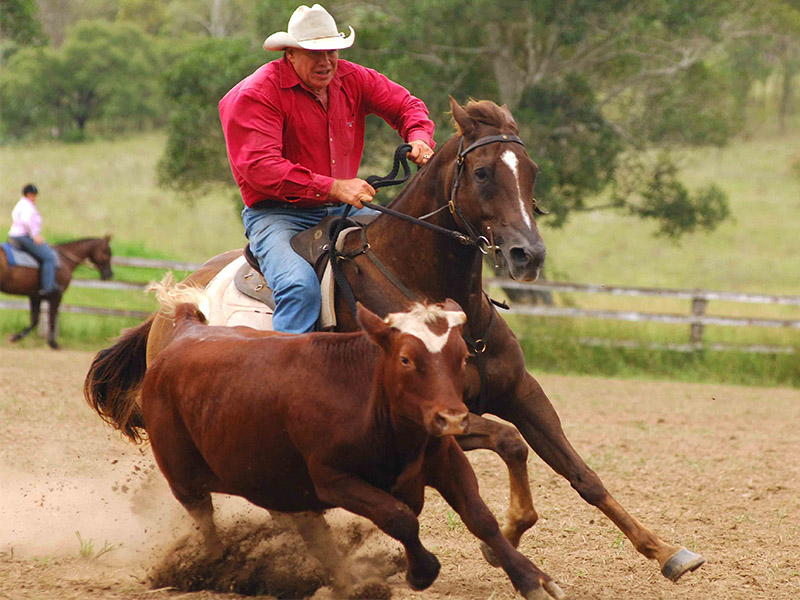